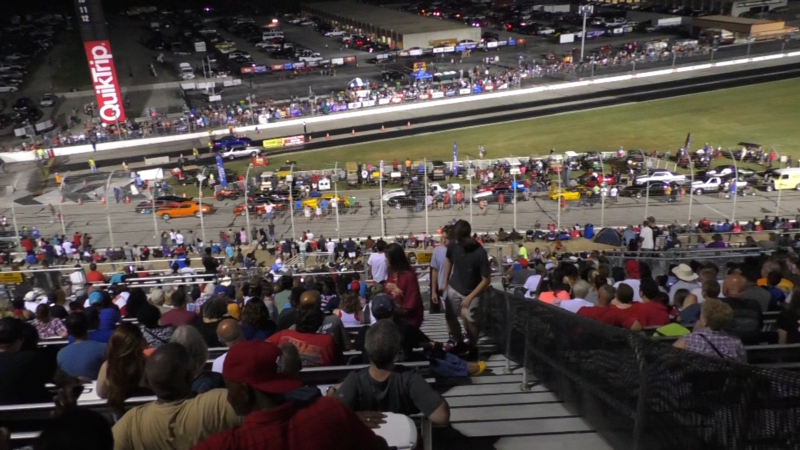 After careful consideration for the health and safety of all involved, Atlanta Motor Speedway has decided to cancel the 2020 season of O’Reilly Auto Parts Friday Night Drags.

For the last several months officials at Atlanta Motor Speedway have worked diligently to find a suitable way to host the weekly grassroots drag racing series. Despite those efforts, due to circumstances outside of the Speedway’s control, no such plans have been able to materialize.

“We hoped to at least be able to put on an abbreviated schedule of racing on our pit lane dragstrip later this summer,” explained AMS Executive Vice President and General Manager Brandon Hutchison. “However it has become apparent we won’t be able to host the event with the same level of social interaction that has become synonymous with O’Reilly Auto Parts Friday Night Drags.

“Given the unique circumstances we all face, we feel canceling the 2020 season is the right choice for our competitors, fans, staff, and our community at large,” Hutchison continued. “While we share our racers' and fans’ disappointment, we’re shifting our focus to ensuring a strong rebound for the 2021 season of O’Reilly Auto Parts Friday Night Drags. We were excited about the momentum going into this season and had put together a great schedule for our fans. We look forward to entertaining families from across the southern crescent next year. In the meantime, we hope everyone stays healthy and safe.”

When racing returns to Atlanta Motor Speedway’s 1/8-mile pit lane dragstrip competitors will be prompted to launch off the line by a new starting tree originally intended to be implemented for the 2020 season. As Atlanta Motor Speedway makes plans for the 2021 season of O’Reilly Auto Parts Friday Night Drags the Speedway will remain in consultation with local and state health officials to ensure the events are held responsibly and with the health and safety of all involved in mind.

The schedule for the 2021 season of O’Reilly Auto Parts Friday Night Drags will be announced at a later date. The latest information on the series can be found online at AtlantaMotorSpeedway.com.