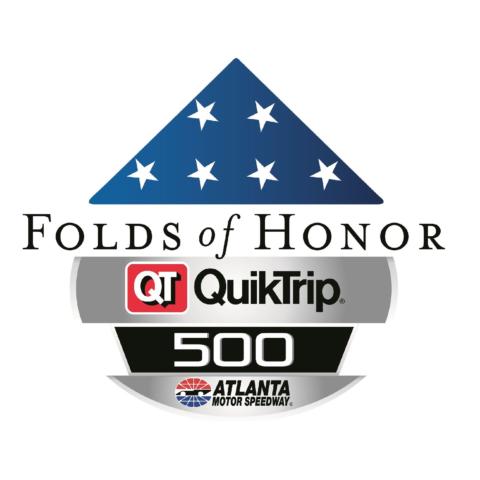 Before NASCAR’s stars race for the Folds of Honor QuikTrip 500 trophy, race fans at Atlanta Motor Speedway will have a chance to get a close look at The Commissioner’s Trophy won by the Atlanta Braves in 2021.

The 2021 World Series Champions will display their championship trophy near the pre-race stage on the frontstretch starting at 11 a.m. on Sunday, March 20. There fans with pre-race pit passes will be able to see the two-foot tall trophy from up close until the Travis Denning pre-race concert begins at 1 p.m.

“There’s so many cool things to see and do during a race weekend in Atlanta, and as a Braves fan myself seeing the championship trophy is absolutely at the top of the list this year,” said AMS Executive Vice President and General Manager Brandon Hutchison.

Later in the pre-race festivities during driver introductions, the Braves’ World Series trophy will move to the starting grid, sitting alongside the field of NASCAR Cup Series cars before they fire their engines for 500 miles of racing at Atlanta Motor Speedway.

The historic speedway has been revamped for 2022 with steeper banking in its turns and fresh asphalt that will provide a style of racing Atlanta race fans have never seen before.

To get more information or purchase tickets to the Folds of Honor QuikTrip 500 NASCAR weekend at Atlanta Motor Speedway March 18-20, visit AtlantaMotorSpeedway.com or call 877-9-AMS-TIX.