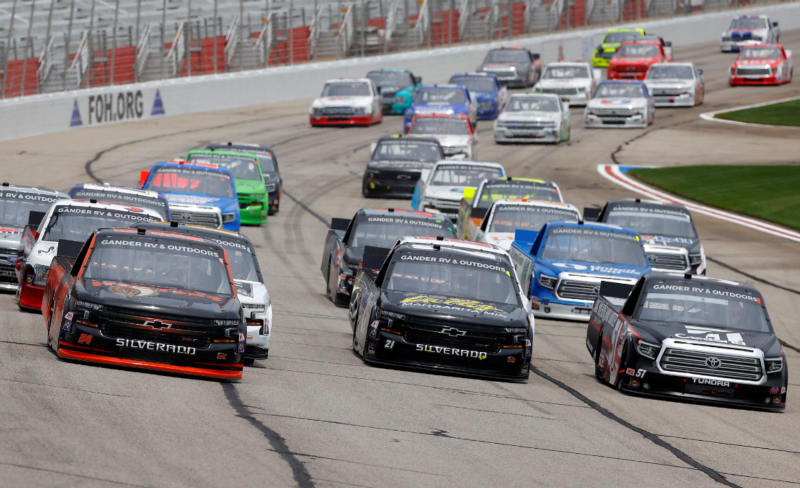 Atlanta Motor Speedway is excited to announce the return of the NASCAR Camping World Truck Series as part of its same-day doubleheader in March 2021.

The Atlanta 200 Camping World Truck Series race will be held at the historic 1.54-mile oval on Saturday, March 20, 2021. The Atlanta 200 will run on the same day as the previously announced EchoPark 250 Xfinity Series race as part of Atlanta Motor Speedway’s NASCAR doubleheader.

“Since 2015, the Saturday NASCAR doubleheader has been a staple of the spring race weekend at AMS and we’re thrilled to have this action-packed day of racing on our calendar once again,” said AMS Executive Vice President and General Manager Brandon Hutchison.

The Atlanta 200 and EchoPark 250 will complement the main event of Atlanta’s spring NASCAR weekend: the Folds of Honor QuikTrip 500 on Sunday, March 21.

Weekend packages are available for both the March 20-21 Folds of Honor QuikTrip 500 weekend and the July 10-11 Quaker State 400 Presented by Walmart weekend at Atlanta Motor Speedway. AMS plans to host fans in a socially distanced, limited capacity for each of its 2021 events at this time. Due to the planned limited capacity, fans interested in attending these events are encouraged to make their plans and contact AMS as soon as possible.

Seating and camping accommodations will be made on a first-come, first-served basis starting with fans who originally had tickets for the 2020 NASCAR race followed by fans who make a deposit. Fans looking to secure seats or camping locations for the 2021 events should visit AtlantaMotorSpeedway.com or call the AMS ticket office at 877-9-AMS-TIX.