Next generation AMS debuts during Folds of Honor QuikTrip 500 weekend

The anticipation has been building for months.  Torn apart, modified, and rebuilt in 163 days, the next generation Atlanta Motor Speedway will make its grand debut this weekend during the Folds of Honor QuikTrip 500.

Minutes after Kurt Busch took the checkered flag last July, crews began dismantling the track in preparation for its first repave since 1997. Reconfiguration produced 28-degree banking in every corner of the 1.54-mile speedway, making AMS the steepest intermediate track on the NASCAR schedule and writing a new chapter in the history of the iconic superspeedway.

“Anticipation has been building for the Folds of Honor QuikTrip 500 since the moment we announced the reconfiguration,” said Executive Vice President and General Manger Brandon Hutchison. “The excitement and the unknown surrounding the upgraded and enhanced all-new Atlanta Motor Speedway has been unrivaled.”

From idea conception to announcement to iRACING simulation to construction and testing, Speedway Motorsports has taken feedback and insights from across the industry to create a first-of-its-kind race track.

Since completion of the repave in December, tests held at the all-new AMS have offered a chance to get additional insight from drivers on the new layout. Based on their input, speedway officials fine-tuned several aspects of the track, including the creation of a smoother entry into the frontstretch as drivers exit turn 4. Crews added 320’ of new outside wall and SAFER barrier to create a flatter curve. 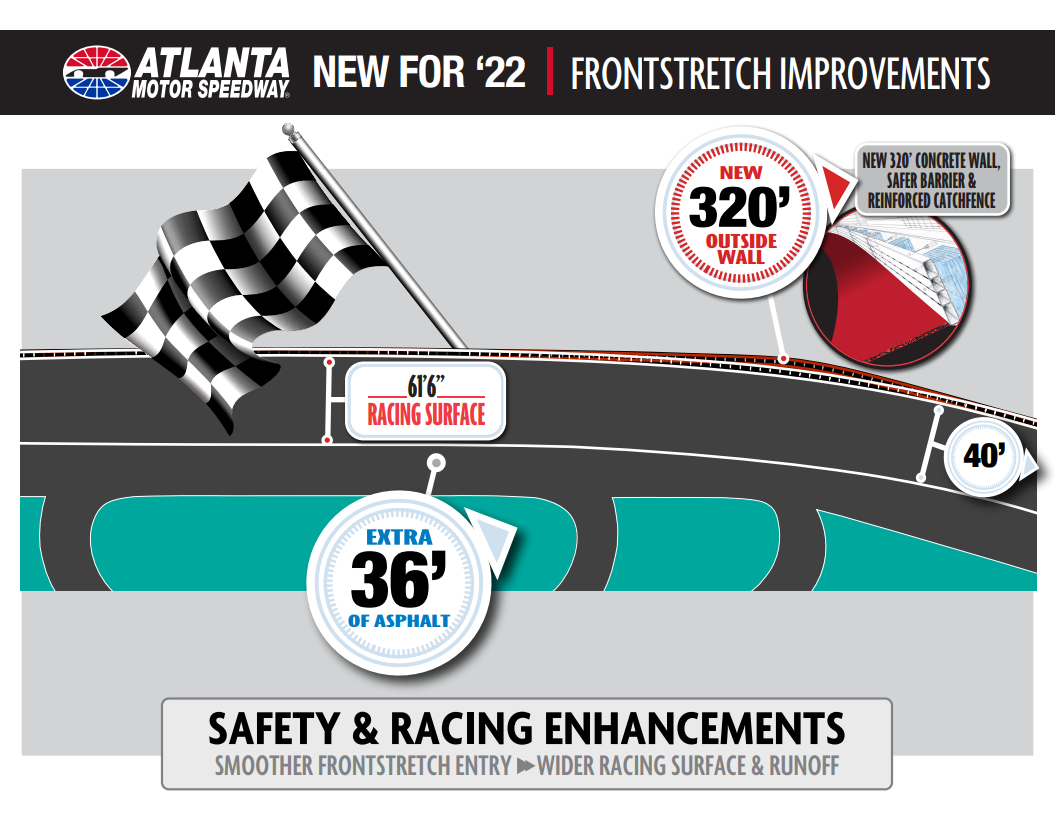 The project also provided an opportunity to widen Atlanta’s front stretch. Crews removed a large portion of the infield grass and added more asphalt, giving drivers more runoff to save their cars from damage and more room to pass as they challenge for stage wins and the checkered flag.

During construction, the track also added an open drainage layer under the asphalt to move groundwater away from the racing surface, reduce weepers and improve track drying time in inclement weather.

“Every step we’ve taken in this project has been to deliver a new, entertaining type of racing for the fans---something they’ve never seen before,” said AMS Executive Vice President and General Manager Brandon Hutchison. “From start to finish we’ve had great people involved in realizing this vision for the next generation of Atlanta Motor Speedway. We can’t wait to see NASCAR’s best take on this all-new track!” 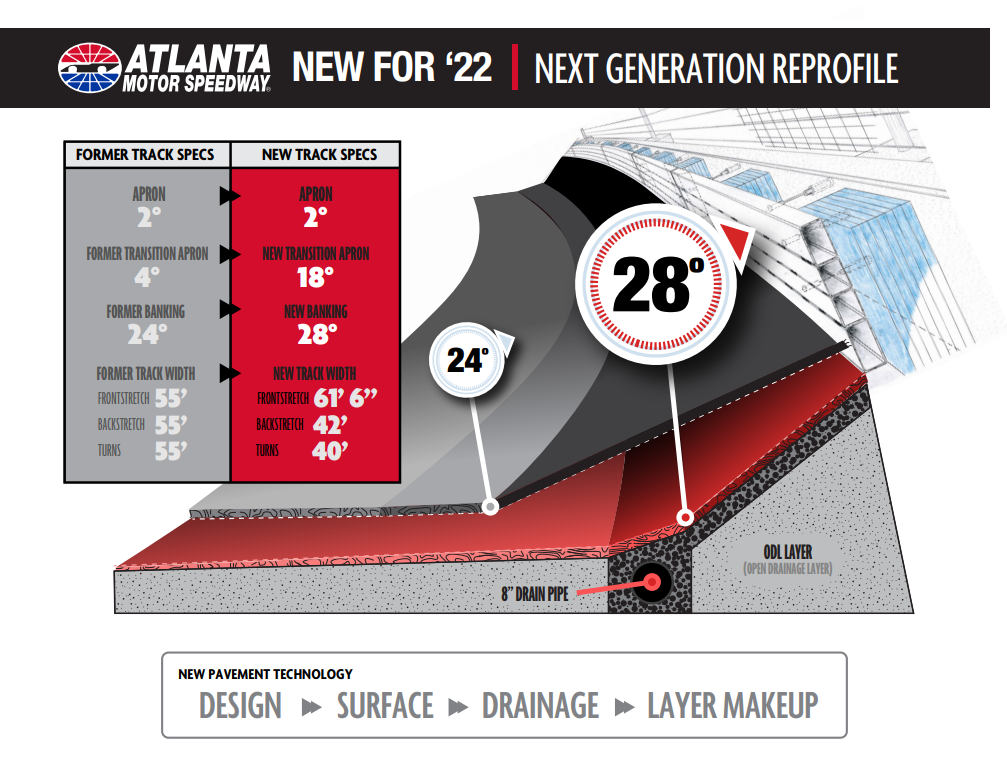