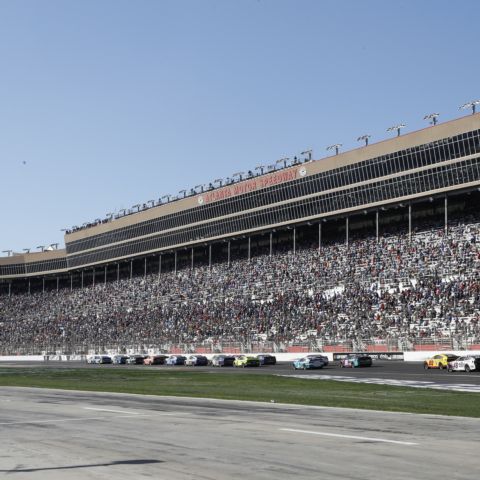 NASCAR has announced the start times for Atlanta’s slate of racing action during the 2023 season, including Atlanta Motor Speedway’s first weekend of night racing since 2014.

The Ambetter Health 400, which headlines Atlanta’s spring race weekend, will start at 3 p.m. ET on Sunday, March 19. The NASCAR Cup Series event will be presented live on FOX and PRN.

The Quaker State 400 Presented by Walmart will begin at 7 p.m. ET and be run under the lights when NASCAR’s best return to Atlanta on July 9. USA Network and PRN will have live coverage of the event.

Single-event tickets for each of the Sunday races are available starting at just $49 for adults; tickets for kids 12 and under are just $10.

The NASCAR Xfinity Series returns for its own night race at Atlanta with the Alsco Uniforms 250 on Saturday, July 8. The race kicks off at 8 p.m. ET on USA Network and PRN. Tickets start at $35 and kids 12 and under are free.

Fans with Sunday tickets can upgrade to a weekend package, which includes admission for Saturday, for just $20 more. Insiders Club season ticket packages – which include tickets to all five NASCAR races in Atlanta plus VIP parking – are available starting at $98.

Tickets and camping for both weekends are now available for purchase at AtlantaMotorSpeedway.com.